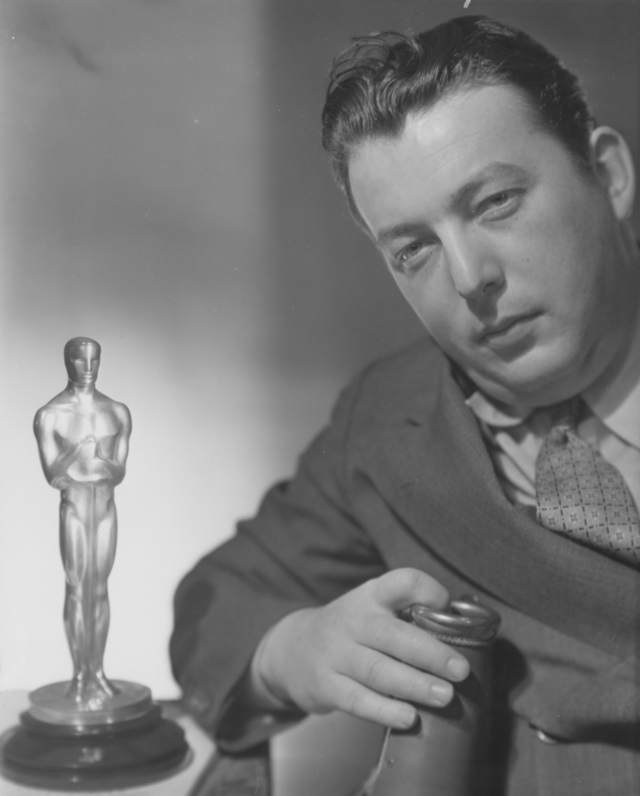 It was while I was writing my previous book, Russians in Hollywood: Hollywood's Russians that I first became interested in the life and work of Lewis Milestone.  It became clear to me that of all the many emigres from the Russian empire (Yul Brynner, Gregory Ratoff, Akim Tamiroff, Maria Ouspenskaya) who came to work in Hollywood after the 1917 Russian Revolution, he was the most significant in film and American cultural history.  Years ago I had seen I seen his profound and moving Academy-award winning film about World War I, All Quiet on the Western Front, still one of the greatest representations of the psychological impact of war on common soldiers.  And it is told from the German point of view, something entirely new in Hollywood at the time.  I had also seen his poetic and disturbing adaptation of John Steinbeck's classic novel, Of Mice and Men, with a ground-breaking musical score by Aaron Copland.

Because he was fiercely independent and often quarreled with the powerful studio bosses who controlled film production in Hollywood's Golden Age, Milestone had a somewhat up-and-down career. He burst into fame in the silent era, and throughout the 1930s and 40s was regarded as one of the most gifted and intelligent directors in the business--a founding father of American cinema.  He worked with many of the greatest stars in film: Mary Astor, Joan Crawford, Barbara Stanwyck, Ingrid Bergman, Charles Boyer, Kirk Douglas, Gregory Peck, Frank Sinatra (and the rest of the Rat Pack).

Since I have been studying and writing about Russia since I was a teenager, what also drew me to Milestone's work was his life-long interest in Russia and the USSR. He maintained friendly relations with Soviet directors and made several major films about Russia: the documentary The Russian Front, and an ambitious feature about the Nazi attack upon the USSR, The North Star. It was this intense interest in the USSR, in fact, that later made Milestone a target of the congressional investigations into Communist influence in the movie business in the late 1940s. As a result, his career was derailed for several years.

A serious artist who believed in film's power not only to entertain, but to convey messages of social importance, Milestone gained a reputation as a man of principle in an industry not known for an abundance of virtue. His best films celebrate the common man and the underdog, a situation he could understand since he came from such humble immigrant roots himself.

Harlow - Happy 70th birthday on Monday. I had mine June, boy time sure flew by! I’ve followed your career off and on over the years and if you are not the most distinguished member of the JJ Jennings class of ‘64 ( let alone the BEHS class of ‘68 ) I am not aware of it.